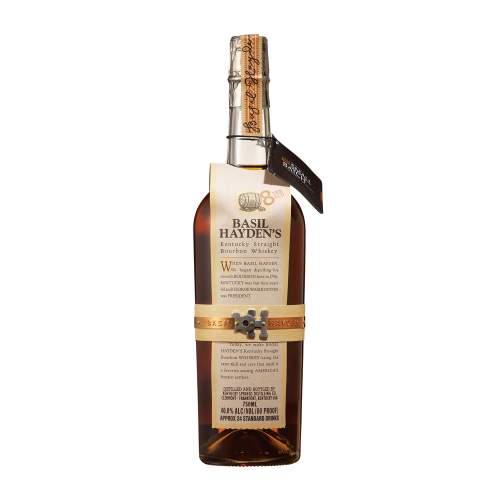 The recipe of this remarkable bourbon dates back to 1796, when Basil Hayden himself was a master distiller. Hayden was born and raised in Maryland, where he learned to make whiskey from rye. When he came to Kentucky, Hayden began making whiskey from a base of corn, but added a higher percentage of rye than other distillers, resulting in a smooth, mild bourbon that was distinctly his own.

Distinctions
Basil Hayden's is unique in that it utilizes twice as much rye in it as the other bourbons in the Collection. This abundance of rye gives it a slightly peppery taste and aroma, perfect for sipping on the rocks. Aged eight years at a relatively mild 80 proof, Basil Hayden's has a broad appeal and is delicious in mixed cocktails.