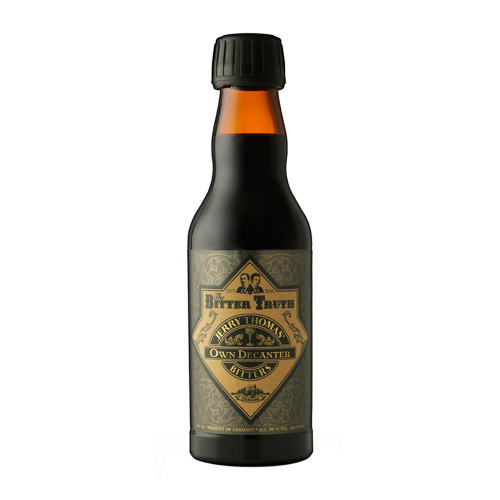 In honor of professor Jerry Thomas, formerly the principal bartender at the Metropolitan Hotel, New York and the Planters House, St. Louis. Very fruity and very bitter. Citrus and dried fruit aromas unite with the spicy and bitter flavors of cloves, angostura bark and cinnamon. The Bitter Truth Jerry Thomas’ Own Decanter Bitters is based on a recipe by Professor Jerry Thomas (1830-1885), who is considered to be the most important bartender of the 19th century. Of course the original recipe wasn’t copied exactly, but the formula was improved to comply with today’s demands.