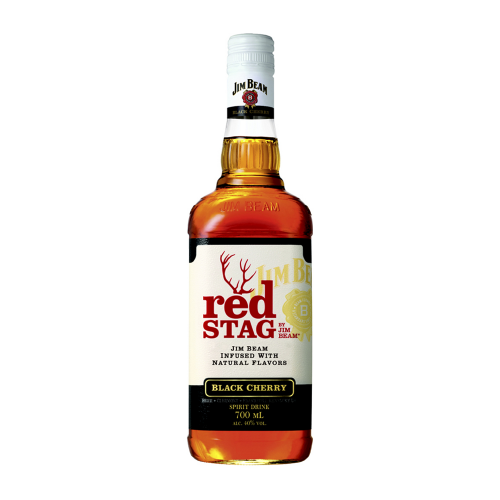 Made with genuine Beam whiskey. Jim Beam infused with natural flavours. Red Stag contains all the pride of the Beam family' s 200 year history. Originated by Jacob Beam in 1795, Beam Bourbons are the product of seven generations of pioneering distillers. Like all Jim Beam products, Red Stag Black Cherry is made from the highest quality ingredients. And because it is made with Jim Beam, the world's finest bourbon, it has a delicious taste and is rich with American heritage. Back in 1795 when Jacob Beam began making his special Kentucky bourbon, majestic elk, led by proud "Red Stags", dominated the eastern mountains until they were hunted to extinction. In 1997, the elk were re-introduced to Kentucky and are now thriving again, with the largest free-roaming herds east of Montana. Our distillers-inspired by these amazing creatures-proudly gave their name to Jim Beam Red Stag- a fine Kentucky Straight Bourbon Whiskey infused with natural flavours. Just as the stately elk of Jacob Beam's time played their part in Kentucky history, Jim Beam Red Stag will add its own rich and exciting chapter to the story of Jim Beam.