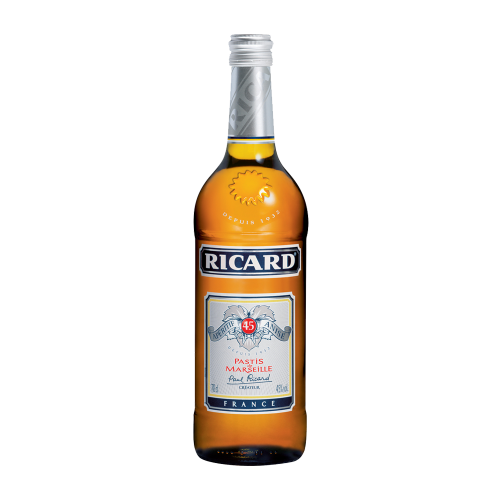 Ricard is the number one pastis, or aniseed-flavoured beverage in the world. A refreshing apperitif, Ricard is a blend of natural ingredients, unaltered since its creation by Paul Ricard in 1932. The principal ingredient of Ricard is star anise, a rare spice that grows near the southern Chinese border and the north of Vietnam. Others include licorice from Syria and aromatic herbs from provence. The quality and harmony of the ingredients are the reason for its success and unique flavor. This refreshing beverage is traditionally served with 5 parts water and 1 part Ricard, making it 'The French Milk' where it 'louches' or turns cloudy and white in appearance.